Back to all posts

This person has pushed boundaries within susupension for years! He is a beast on hooks and quite the interesting character.  We hope you enjoy this next Interview with Neil! 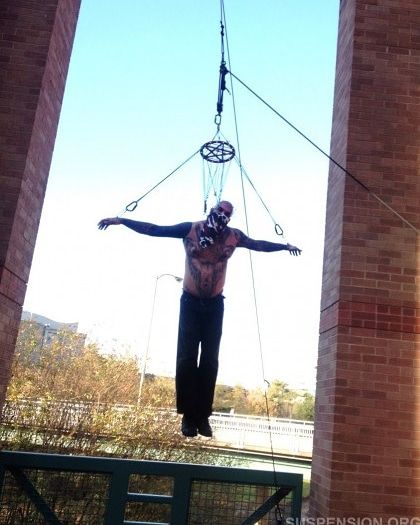 X suspension also Z suspension...  Haha, but really I had gotten off drugs and alcohol and body modification was my new addiction.   I realized I wanted to test my limits, and suspension was the perfect outlet. 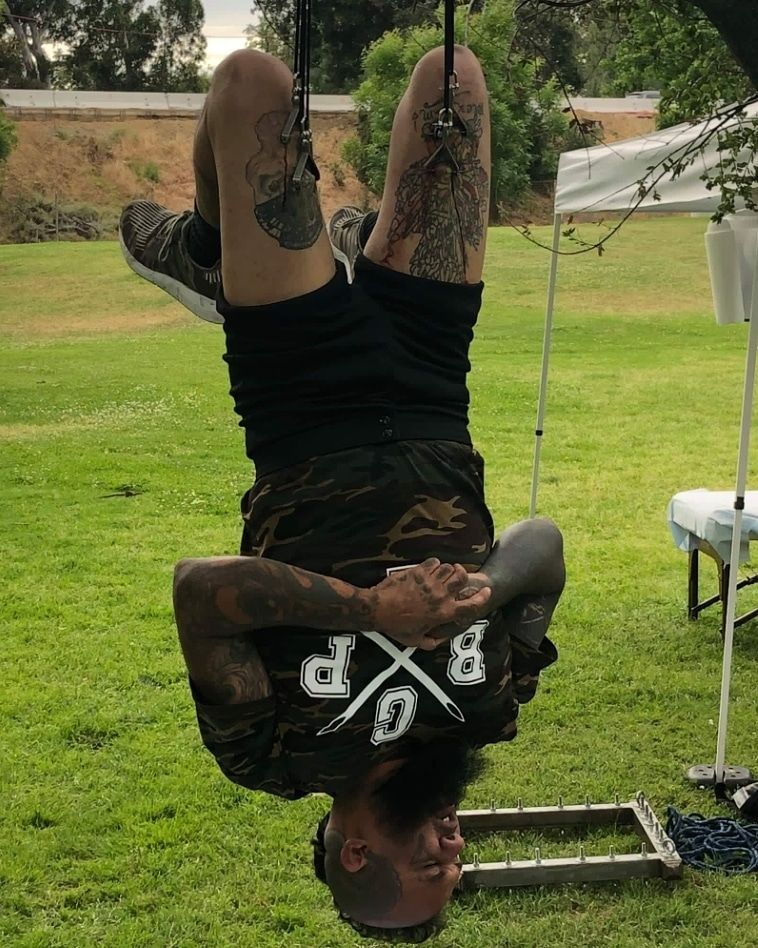 That chesty/facey I did was pretty rad. 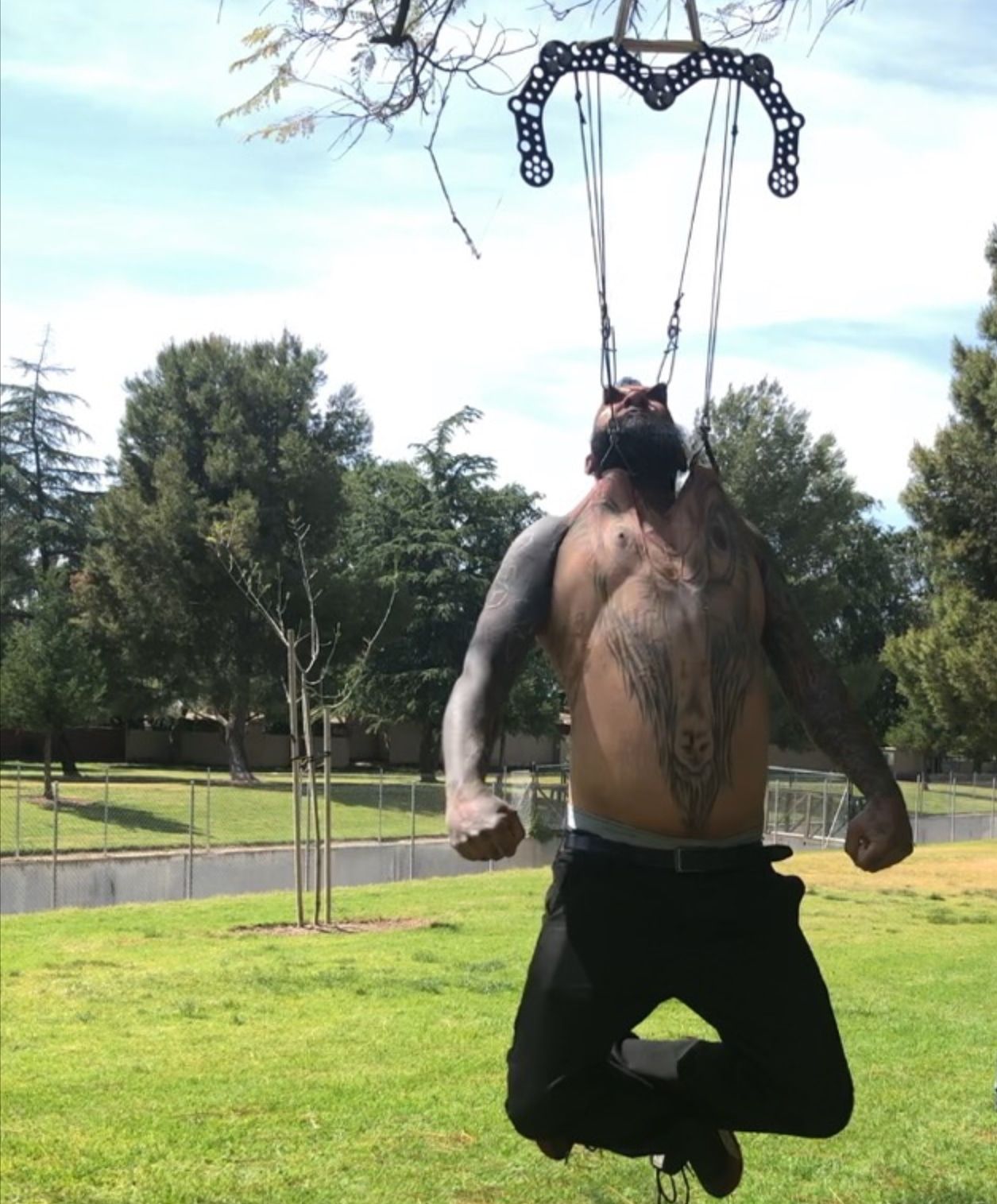 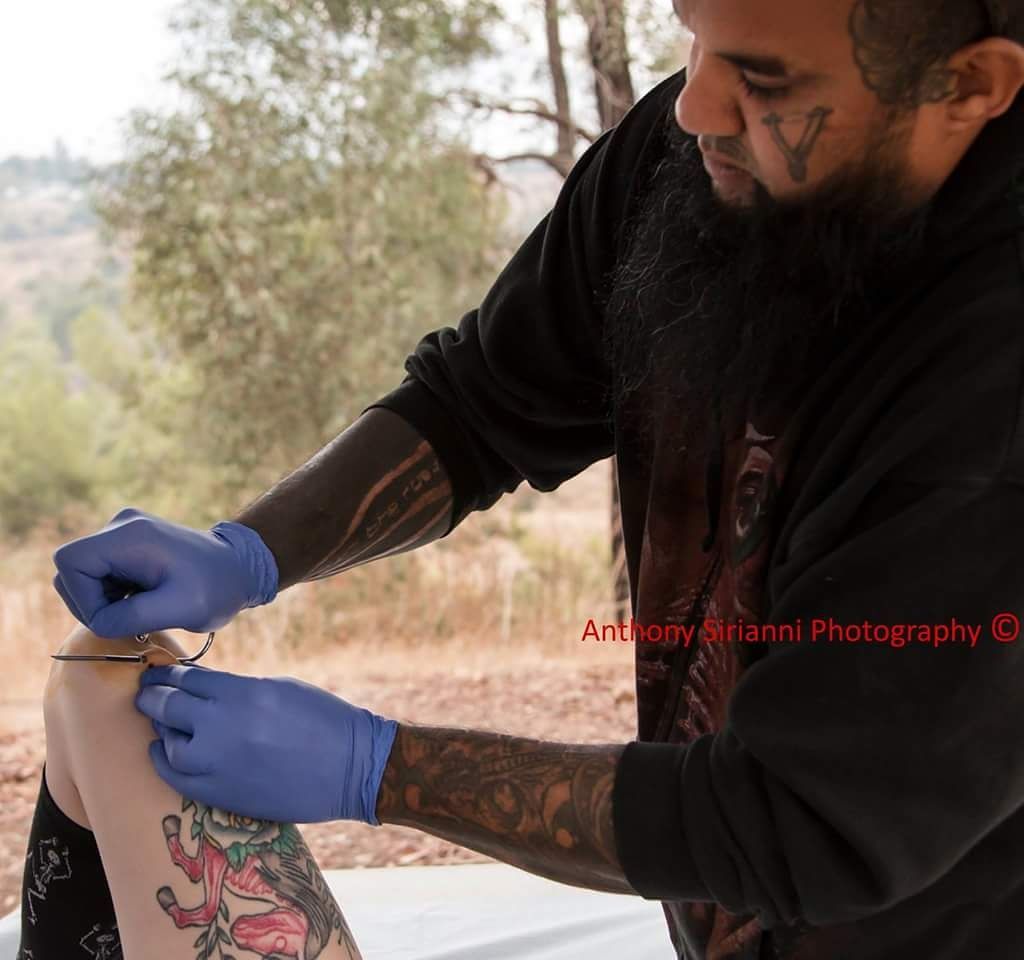 4. How did you get started?

Steve Joyner kidnapped me and told me I had to perform with Constructs of Ritual Evolution.  But seriously, I went to get pierced at Taurian Body Piercing back in 2001 and Steve had a poster of Fakir Musafar up in his procedure room doing a kavadi bearing for a documentary of his, we got to talking, and a few months later I started coming to CoRE meets and became a member/performer, and later, the director of the Houston, TX chapter. 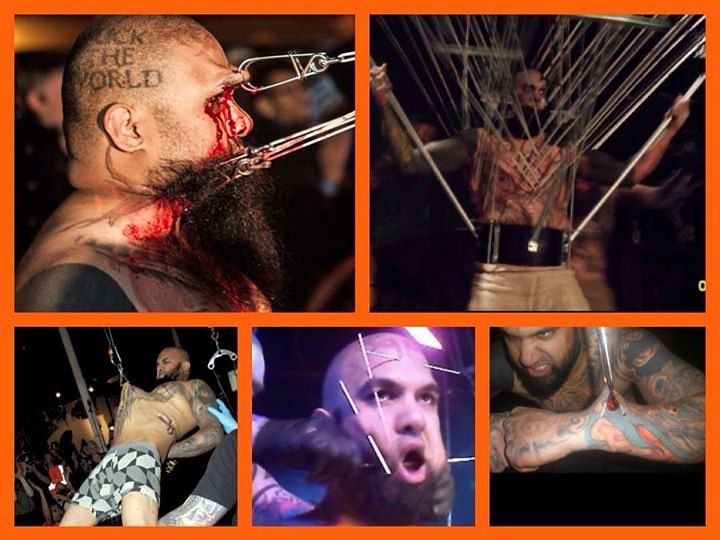 Steve Joyner,  Rick Pierceall, Eduardo Chavarria, Kenny Hughes, Byriah Dailey, Ron Garza, Chris Glunt, Pat Tidwell, and the one and only Arwen "Spliff " Rosa.  I realize that's a lot of men, but unfortunately suspension was definitely a boys club back when I was starting off.  I honestly have too many people to name,  but theres also Mike Coons, Josh Parkhurst, Orbie, Kaspa, Greg, Patches, Jessica Irvin, Evelyn Lee, Jill Nolan, Hilary Lobitz, Bonnie Gilson, Bethra Szumski, Josh Parkhurst, and Matt Brawley.   If there's anyone I forgot and/or you are butt hurt about it, take your ego and go fuck yourself.

Andrew S and Doug Smodes face suspensions,  and as much as I dont care for the guy, multiple things Supa has done. 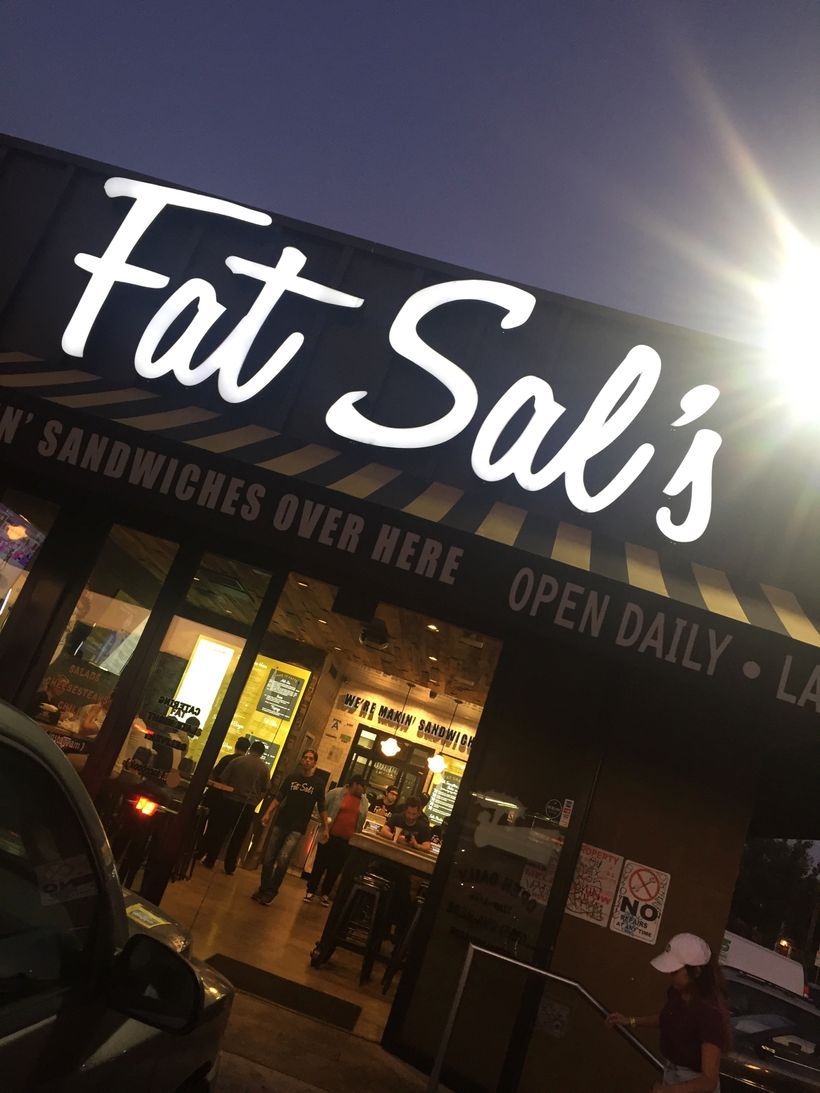 My 2018 Hondo Pineapple mini tube rig for dabbing, but if you mean suspension,  probably that rig from Mandalorian Steel that Threshold Suspensions now owns but used to be mine. 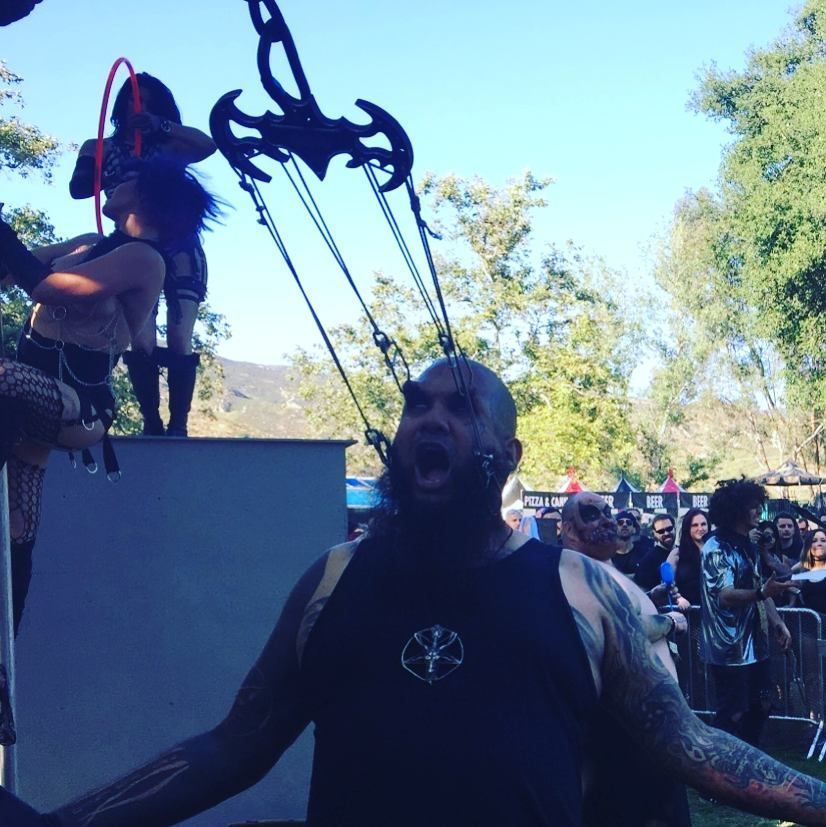 I'm gonna hang from my back, elbows, and cheeks in July

Editor Note: The above suspension was done. Expect a separate article on this! 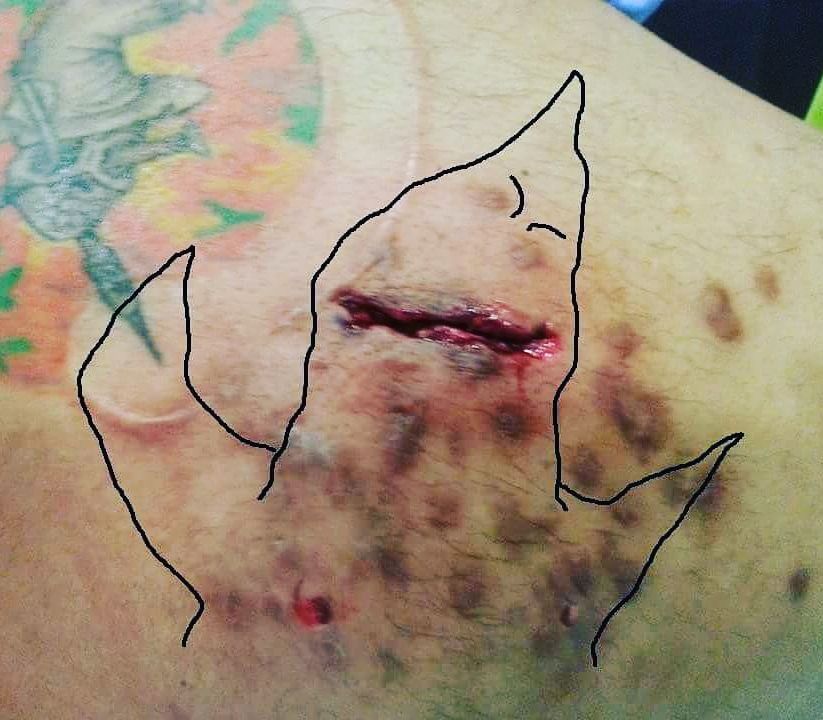 10. What would you tell the next generation of suspendee’s?

Don't make suspension your entire life unless you're ready to be thoroughly disappointed in people.  Keep your circle small and focus on the positive influences around you.  I get that many of us were outcasts and just want to feel like we belong to a group of people, but don't let that feeling let you compromise your morals in questionable situations.   Also, work with multiple teams and get information from as many sources as possible before attempting to try to put people in the air.  If you are just in it for fun, yeah its gonna hurt a little bit,  but just breathe,  and I promise you'll be fine, even when you leave the ground. 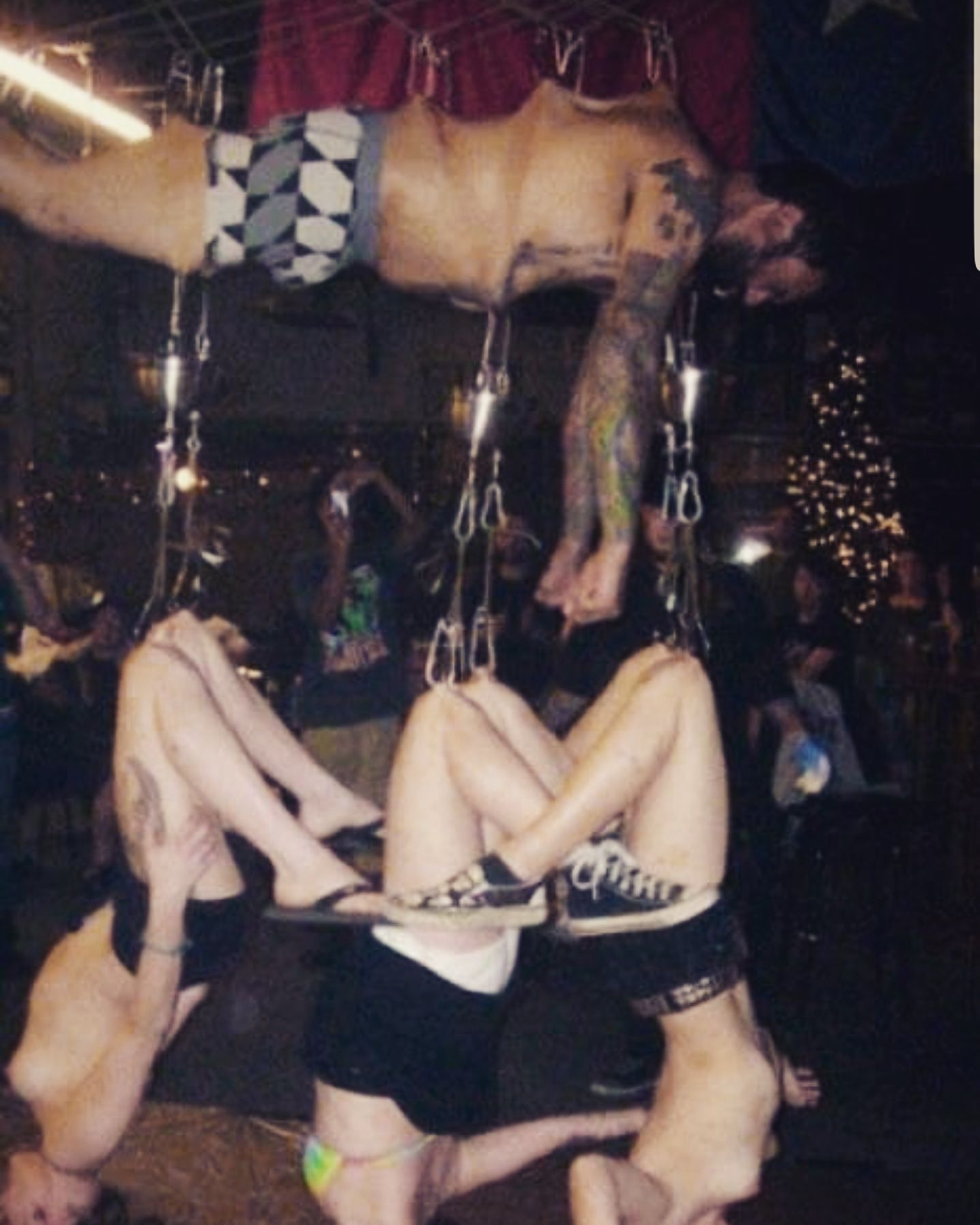 Also, on a personal note, I'd just like to ask how many people would like to see Greg and Patches in a jello wrestling match?

You can find out more about Neil by following his Instagram!